How was your weekend? I went outlet mall shopping with my Mom and my Sister and had a ton of fun. Usually, I’m the type of person (because I’m tall) that can never find jeans or pants. Well, I was blown away. JCrew Outlet had some that fit like a glove and they were only $27! I picked up a few pairs and, of course, a few other things. I had to spend birthday money, you know what I mean?

Anyways, today I’m sharing some kitchen progress with you. This is what we started with: 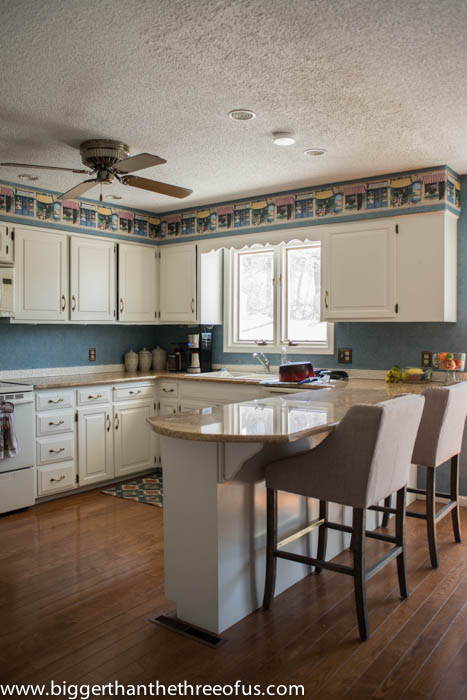 We had been talking about taking the cabinets that flanked the sink off the wall but just never got to it. Well, I put on my big girl pants and pulled them off the wall! Luke was pretty surprised (and so was I). To be honest, it was pretty fun!

The first thing I did was clear off everything on the counter and then everything in the cabinets. Then, I took the doors and hinges off. Up next, I pried off the trim (I scored it first). Next, I just used the drill to take out all the screws. The first one came down pretty easy, but the next two had some painted screw tops that made it a bugger!

Here’s a quick snap of the first one that came off: 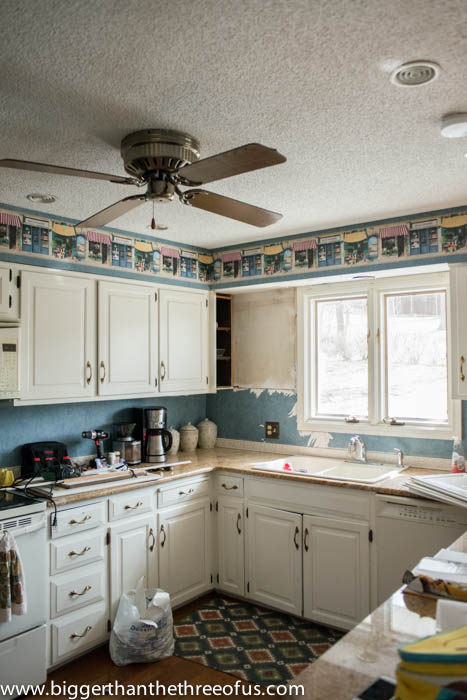 Once we got the two flanking the sink off we moved to the built-in desk area. I did the same process with the cabinet. I did have some problems with it though and had to call in some reinforcements. A few screws didn’t get drilled into wood, so they were just spinning and spinning in the drywall. You wouldn’t have thought that would have been hard to fix, but it was!

After we got the cabinet off I started in on the desk. The granite was held in by some type of adhesive. I scored it and scored it until I could pry it up. Luke helped me carry it out of the kitchen. That small piece of granite probably weighed 100 lbs! Then, I took a few screws out of the base cabinet and moved it out. 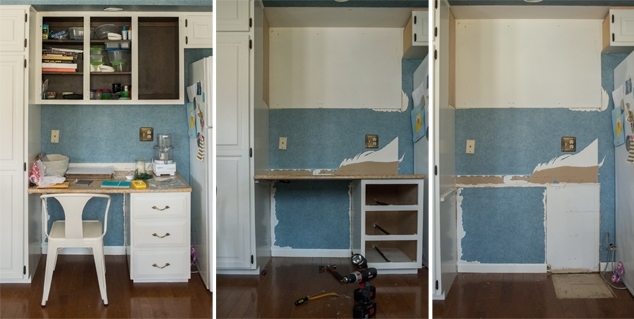 I thought that we would be dealing with subfloor (because I could kinda see it from looking with a flashlight before we removed the desk), but I still wish they would have laid the floor before the cabinets. We had some flooring samples that we puzzle-pieced in for the short-term. Early fall (I think that’s our time frame), when we have the flooring company come in for the hardwoods, we are going to have it fixed as best as they can.

We moved the stove (temporarily) from its original place to where it will reside after we get the wiring done. 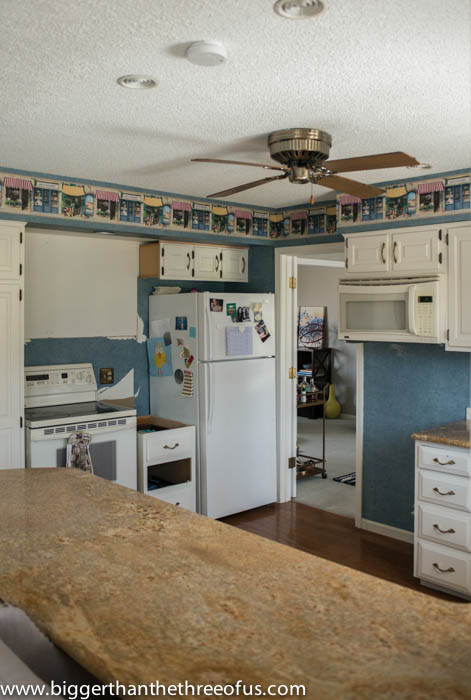 We wanted to make sure we liked it. It’s definitely a little cramped and slightly awkward looking, but I don’t think it will be too terrible when we get it all finished. I think we will love having the more open layout and that will balance the cramped space.

Moving the stove, even temporarily, let us get a really good view of how much more wall we were going to get rid of. See below, the door frame to the end of the cabinet will all be open (to create a larger walkway). 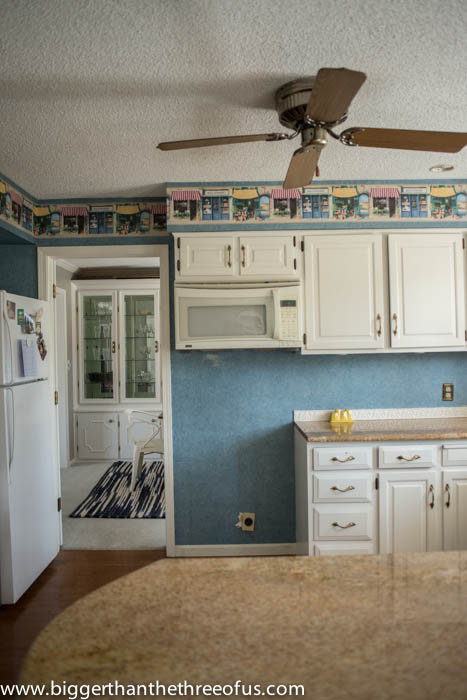