Remember when I showed you this image and hinted at things to come? 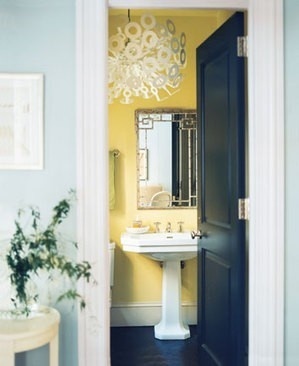 Well, they have offically been crossed off the list. We had some issues, but they are gorgeous.

Just to remind you what we were working with, here is the before: 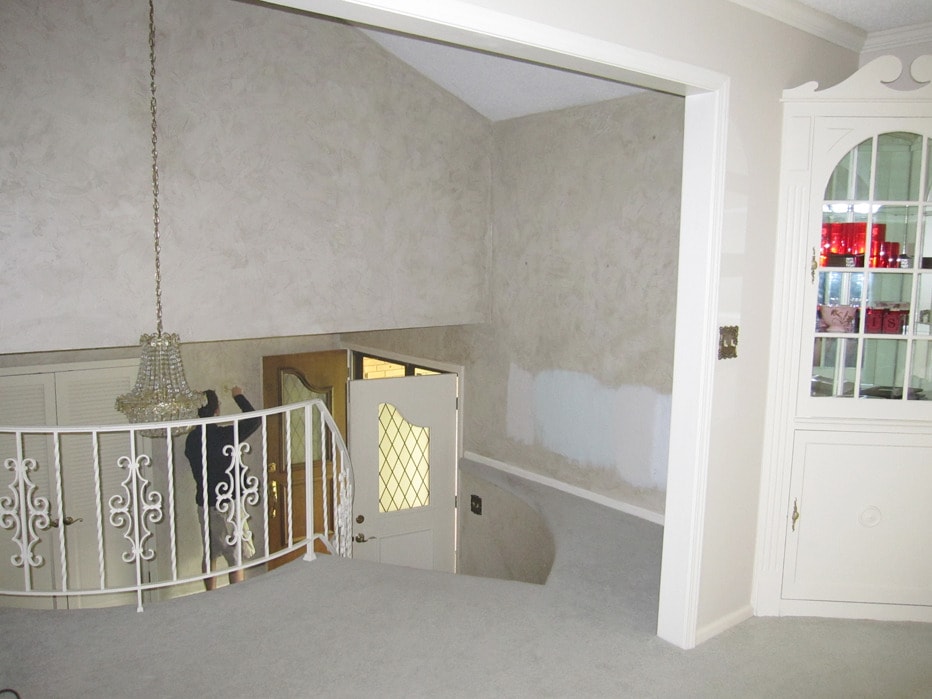 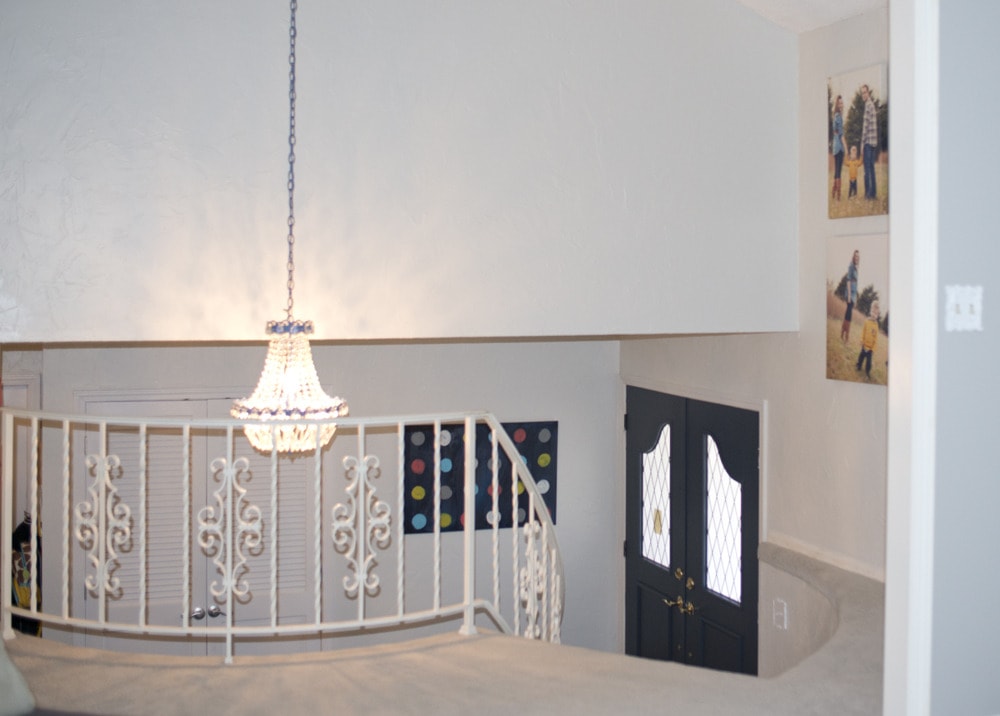 Don’t you just love the doors? Even after scraping, sanding, priming and four coats later….I LOVE THEM!

We primed the front doors sometime after we moved in. They just sat there, primed but not painted. Before long, they looked pretty bad. We kept putting them off, because painting white on top of primer coat is just kinda boring. But, then I saw some beautiful colorful doors on Pinterest and a light bulb went off. Why not paint them the same color that we painted the stripes? Just to get your bearing, when you walk in the front door, about twenty feet in front of you is our stripe wall. 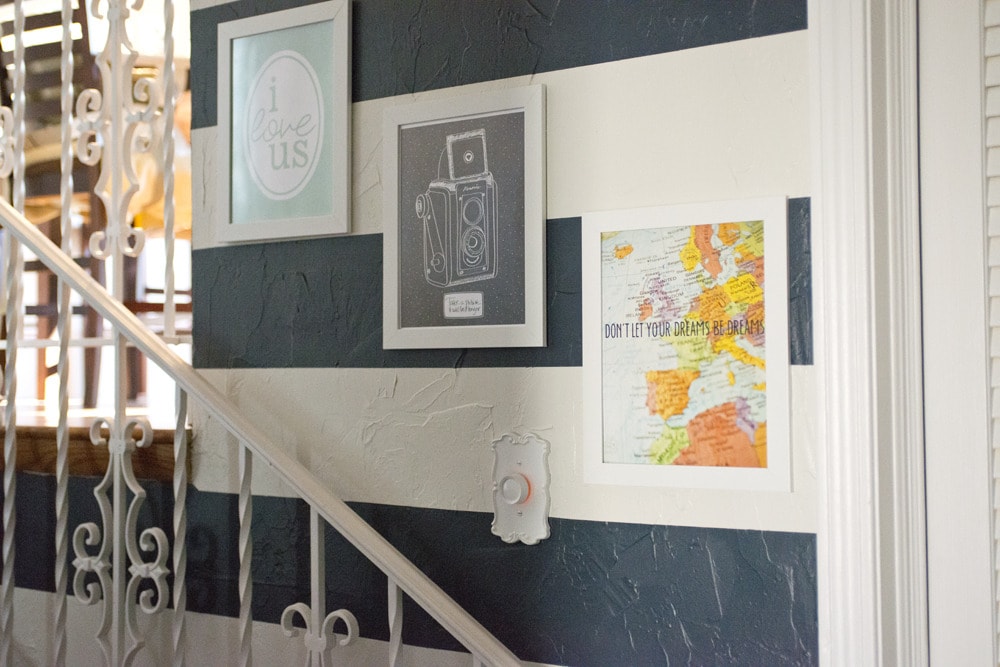 We both thought that the blue on the stripes and blue doosr would bring everything together. We were right! But first, we had to deal with our doors.

After lightly hand-sanding them, we had this: 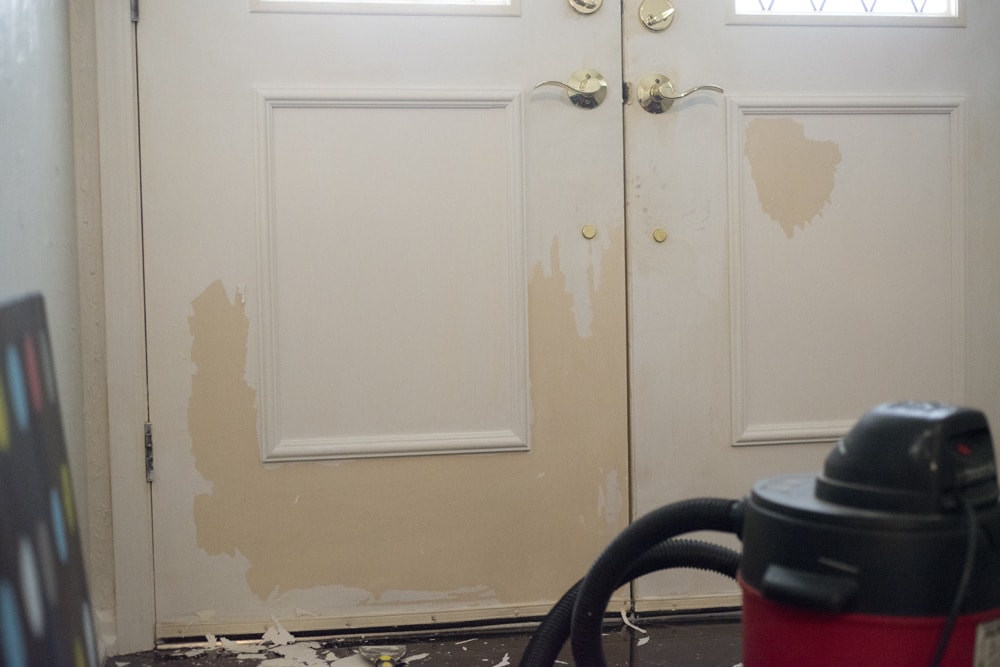 Yikes! Seriously? There were two coats of paint under our Primer and they were peeling. Can we call in the big guns now? Our little hand sanding pads were not going to do it. We headed to Home Depot to buy an orbital sander. After lots of elbow grease (thanks Babe!), we were left with this: 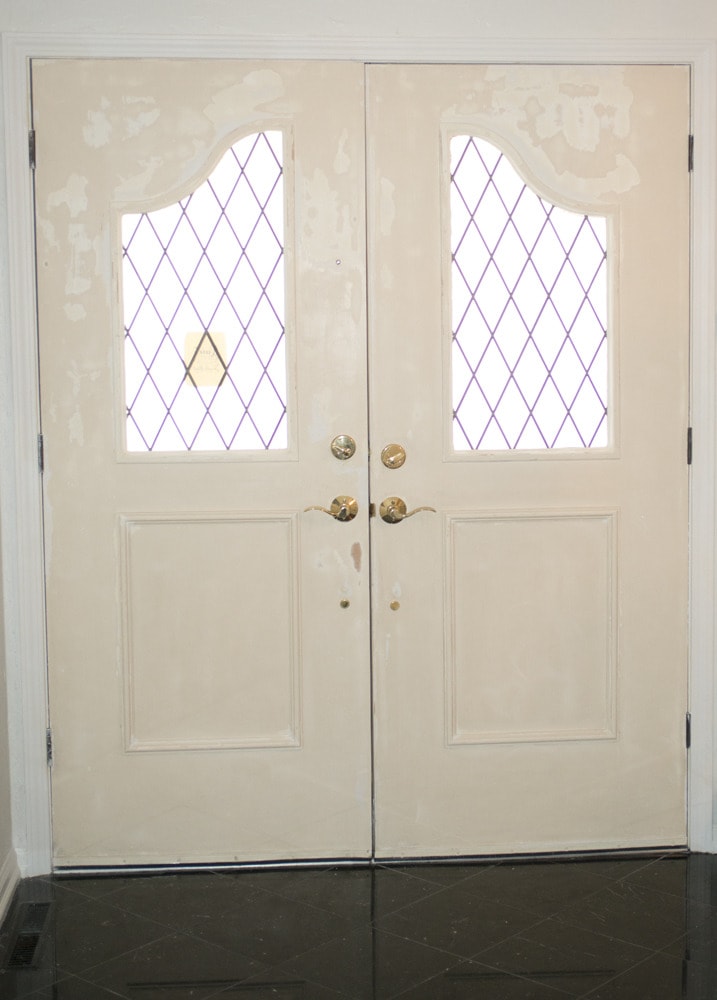 Another coat of primer (this one from a recommendation from Young House Love), gave us this: 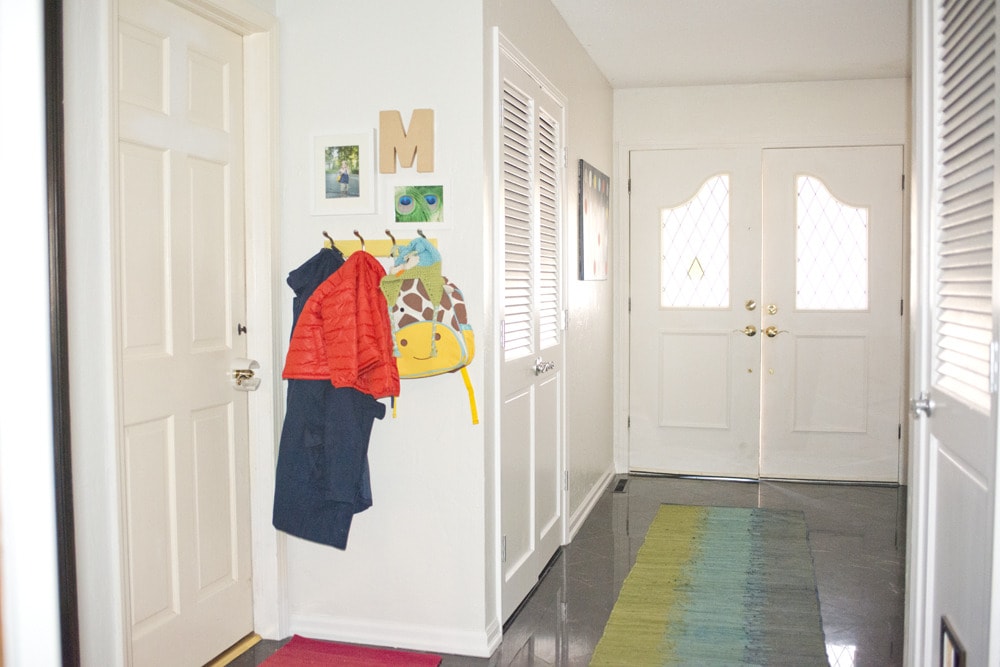 Four coats of Martha Stewart Wrought Iron gave us this: 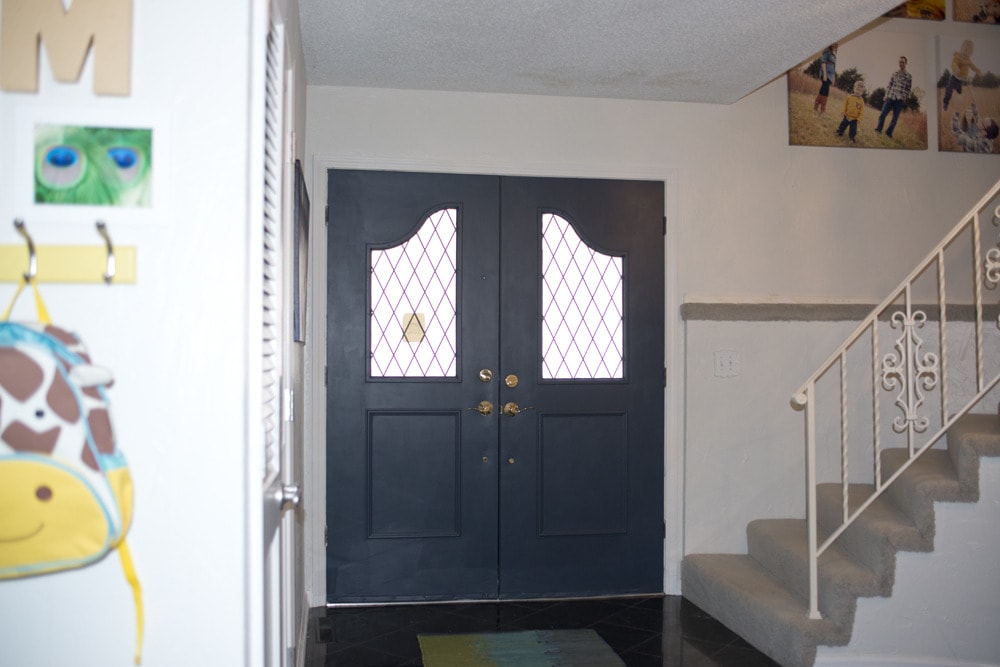 Still in love… Are you?

Our Fifth House for the Paint It Challenge