It’s officially week 2 of the Cabin Renovation series. If you need to play catch-up, make sure to catch week one, Planning a Cabin Renovation. Week two is the ugliest, most disgusting, project update ever. I was a CHAMP in the demolition process but it was so not fun. That being said, it’s over now and I will never, ever have to do it again. Here we go, the cabin renovation demolition…

Going into the demolition, we knew that the corner cabinet, the ceiling, and the floors were going to be ripped out. 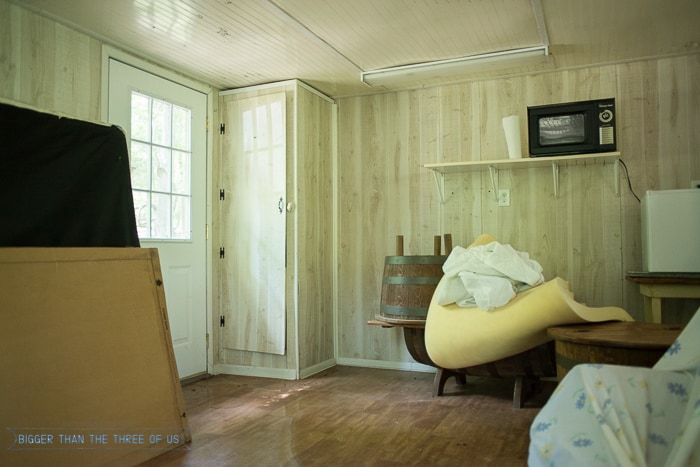 We were thinking we might try to salvage the wall panelling but wanted to see what kind of shape it was in. 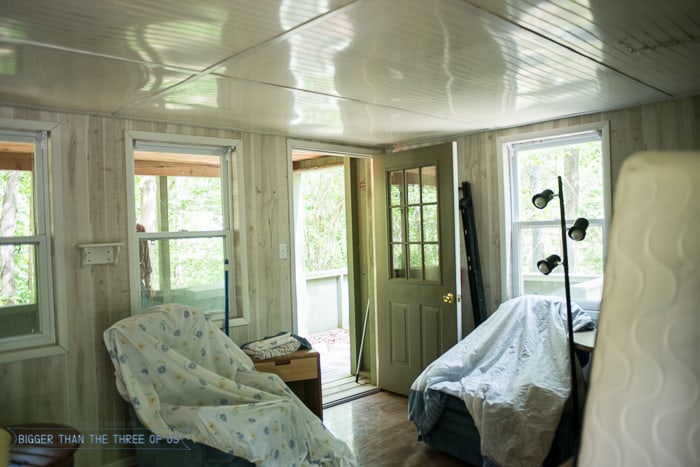 Next, we just went to town on the ceiling. We pried the trim pieces off and then took down the beadboard in chunks. That wouldn’t have been too bad, but DISGUSTING insulation came down with it. Seriously, disgusting. 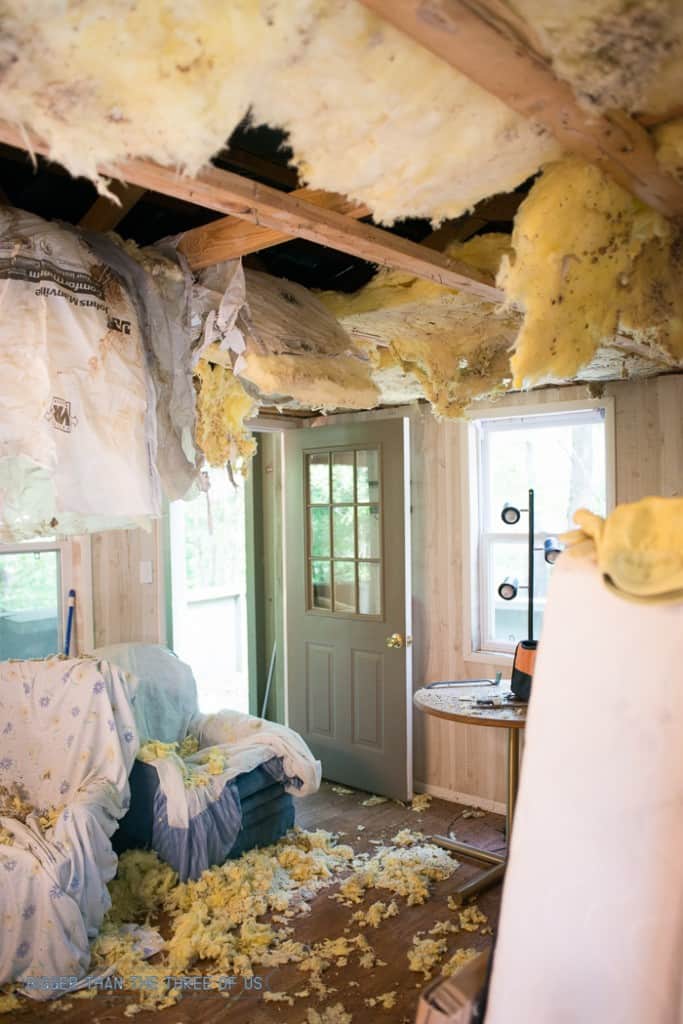 After clearing the ceiling out, we were left with some super cool beams and roof supports. Ideally, we wanted to raise the ceiling some so that it wasn’t so low. The original ceiling felt kinda like a low basement ceiling (7ft or so).

We decided to take out the 2×4’s that were attached on the underside of the roof supports. We weren’t sure what we wanted to do with the ceiling but knew that we could put the 2×4’s back in if we cut them and attached them to the roof supports. Which would mean that we could still put a new ceiling back up. That would gain us about 4 inches or so and, at that height… that makes a difference. 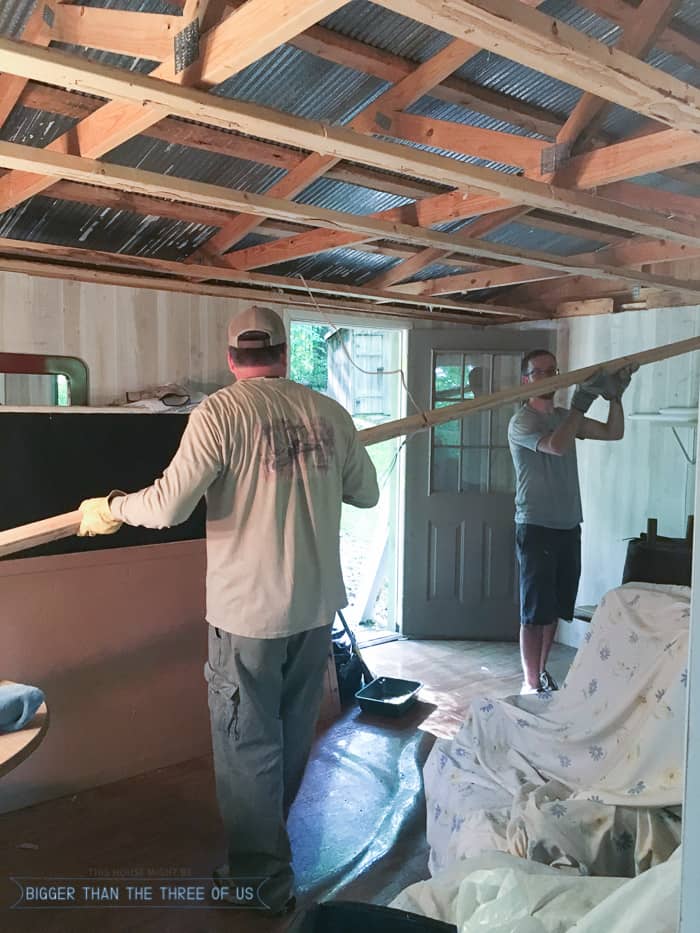 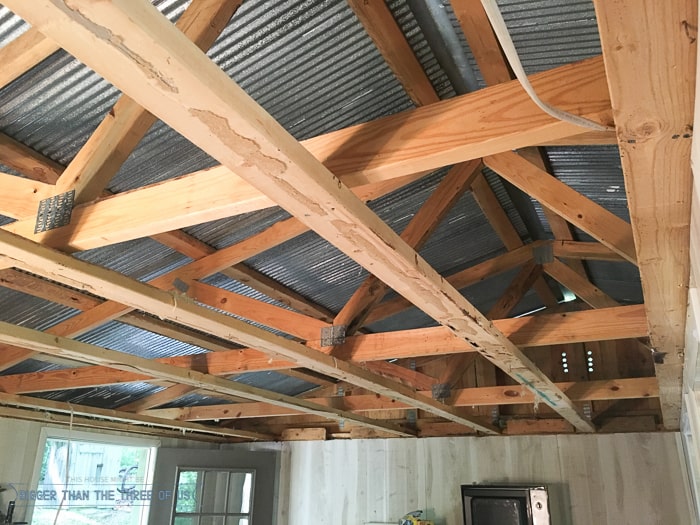 Once we got them down, we were left with this: 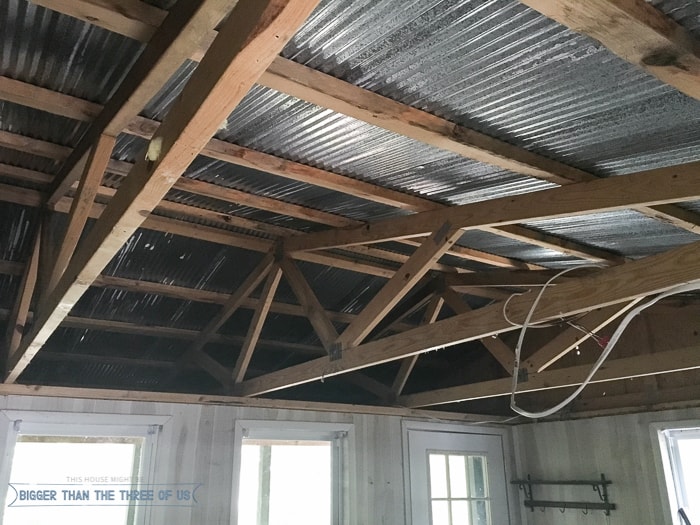 Next, we ripped out the flooring. 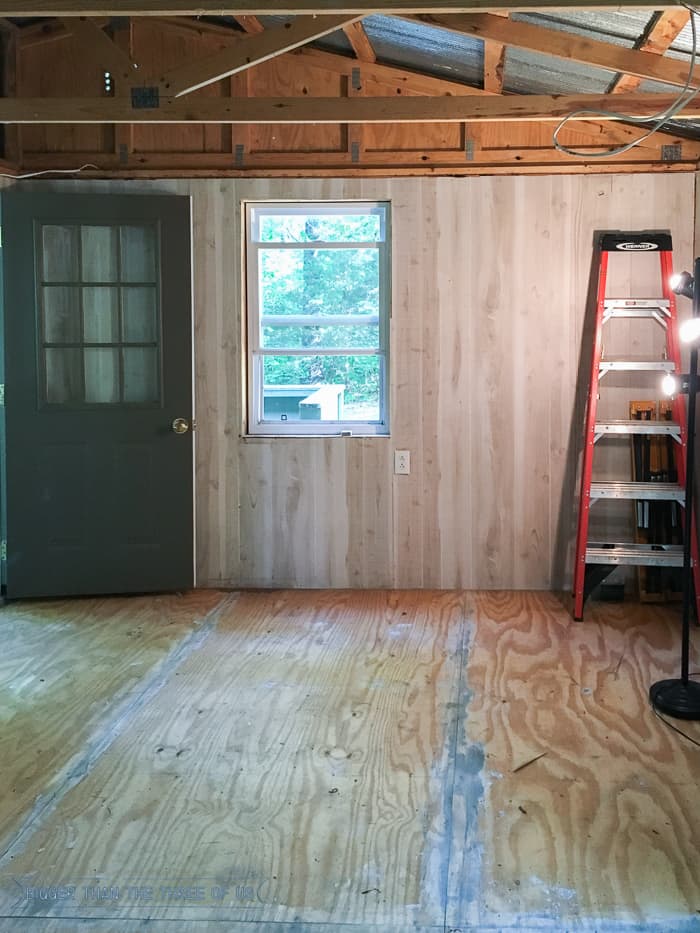 After assessing the wall paneling it was decided that it was just not salvageable. So, we went to town getting rid of that. 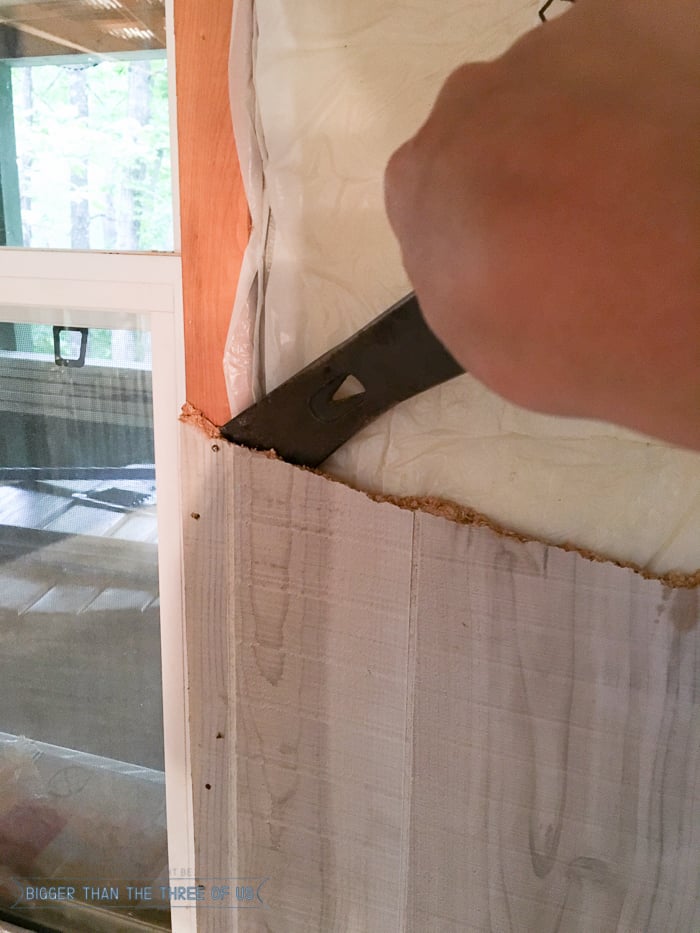 Even though new walls are going to cost more, it was good to rip the old walls out because it exposed some water damage. Nothing too severe, but it did need to be addressed. 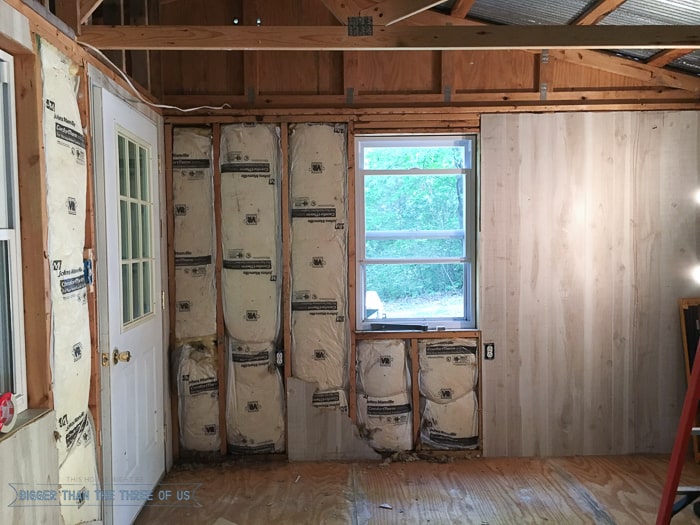 Whew, it’s totally a blank slate now, or close to it. It’s crazy how different it feels now. 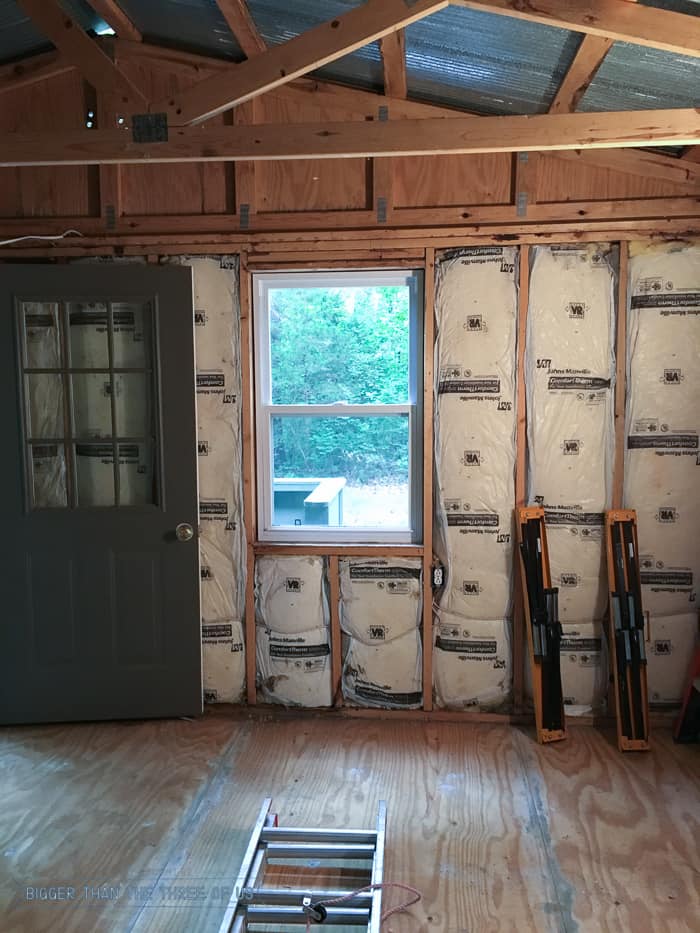 Next week, I’m going to share what we decided on the walls and there will probably be a tutorial for them as well. Yay!