Did you all have a nice holiday weekend? Whenever we have a three day weekend, I always think afterwards how nice it would be if every weekend was a three day weekend. Seriously though, there’s enough time for each of us to do our own thing, get some house mainenance done, get a small DIY project started and have family time. It’s like the perfect mesh of things. Let’s start a petition for schools being four days and work only being four days a week, k? =) Anyways, today… let’s talk about installing trim!  It’s the last cabin how-to post before the reveal! The reveal is next week.. who’s excited?! I’m raising my hand! 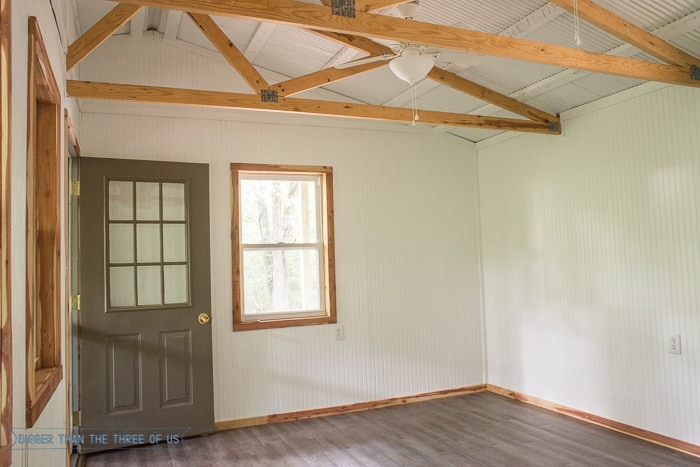 Is the trim what you expected? I lost the battle on having all white trim but I do have to say that I don’t think the rough cedar looks bad. The deal on the cedar is that my dad scored it years ago and has held onto it. It was rough-cut cedar, meaning that it was different lengths/widths. I’m not going to give you a full step-by-step tutorial on the install but you can check out my tutorial for installing window trim in our kitchen if you’d like. 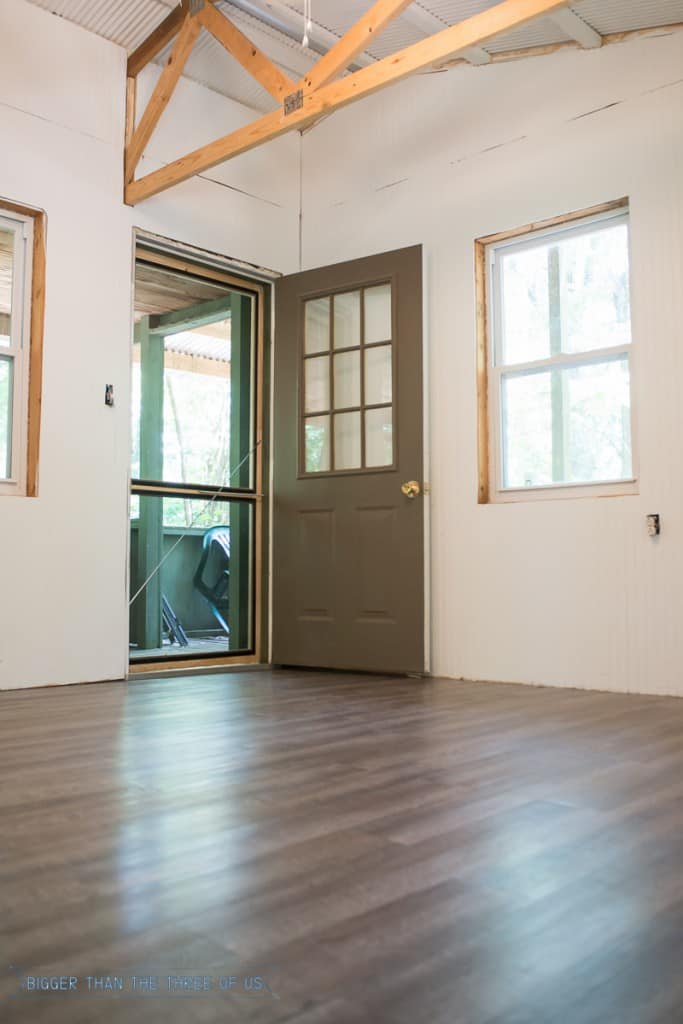 This project require ALOT of trim. All the windows (inside the seals and outside window frames) needed to be trimmed as well as each corner, baseboard, seam (where the paneling met up) and ceiling.

We started with the inside of each of the windows. 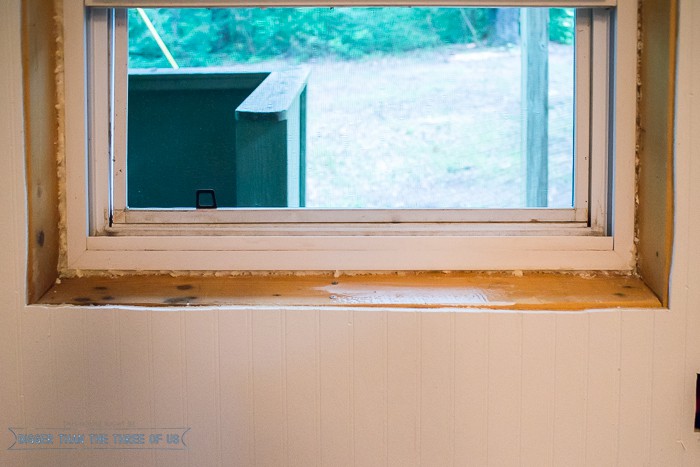 Measure twice, cut once and nail in using an air compressor and nail gun. That’s the formula for all the trim. 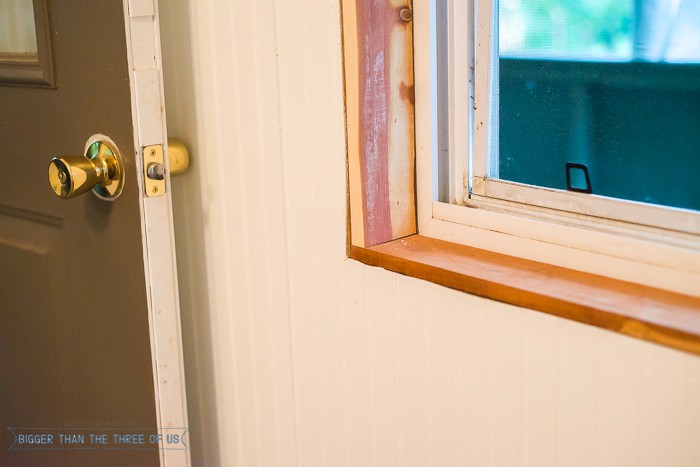 Once each of the insides of the windows were trimmed out, we trimmed the outside. 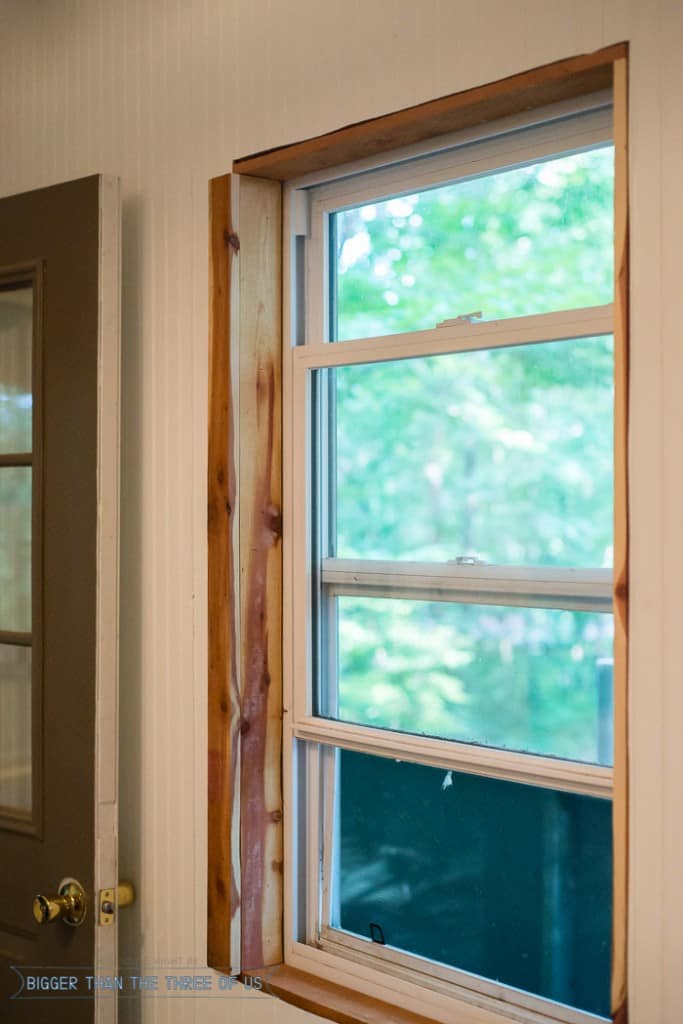 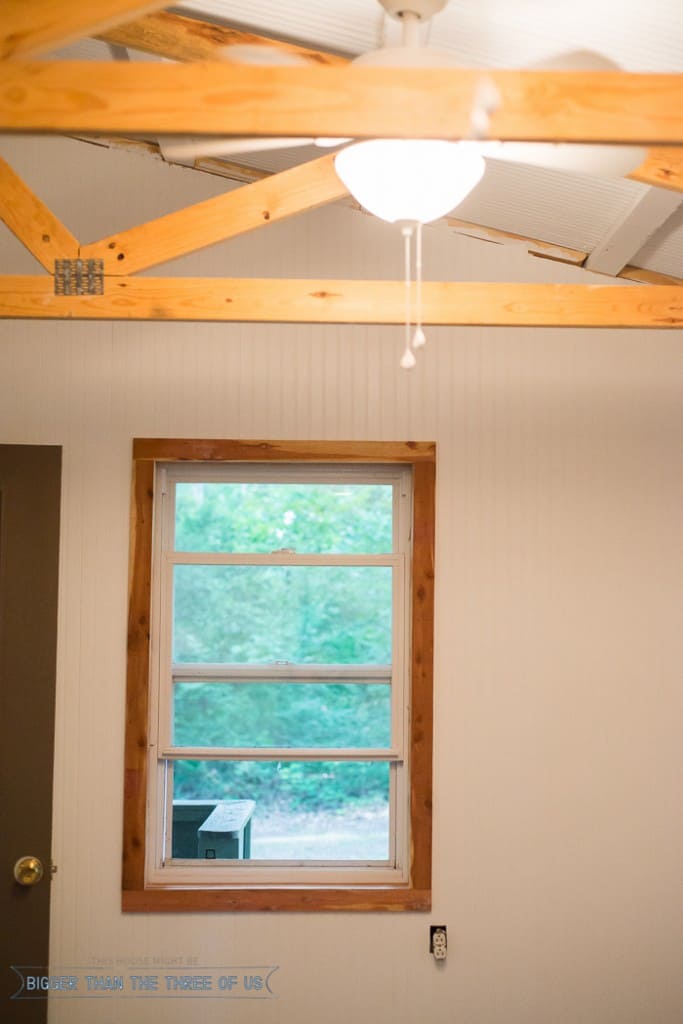 After the windows were finished, corner trim and baseboard seems were put in. 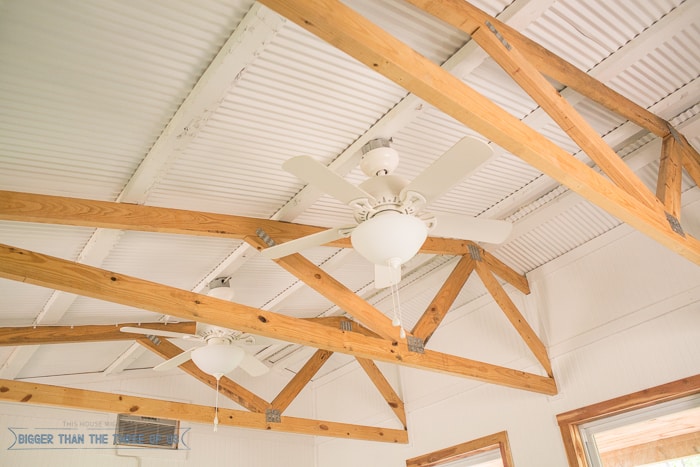 Look at the photograph above. Do you see the seam trim? Doesn’t it look good? 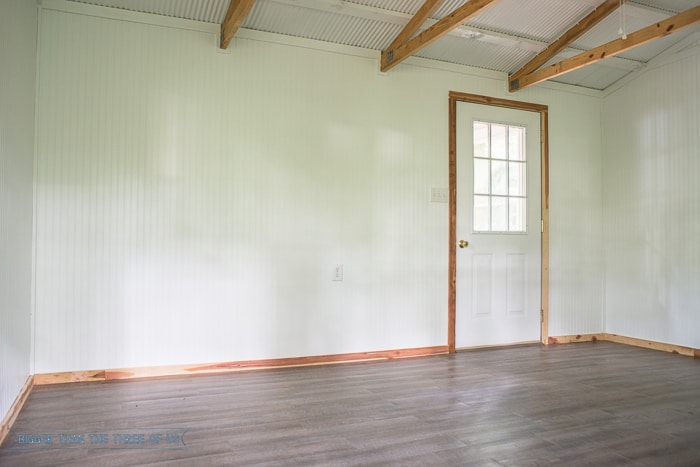 We installed trim around each roof beam as well as the metal roofing. 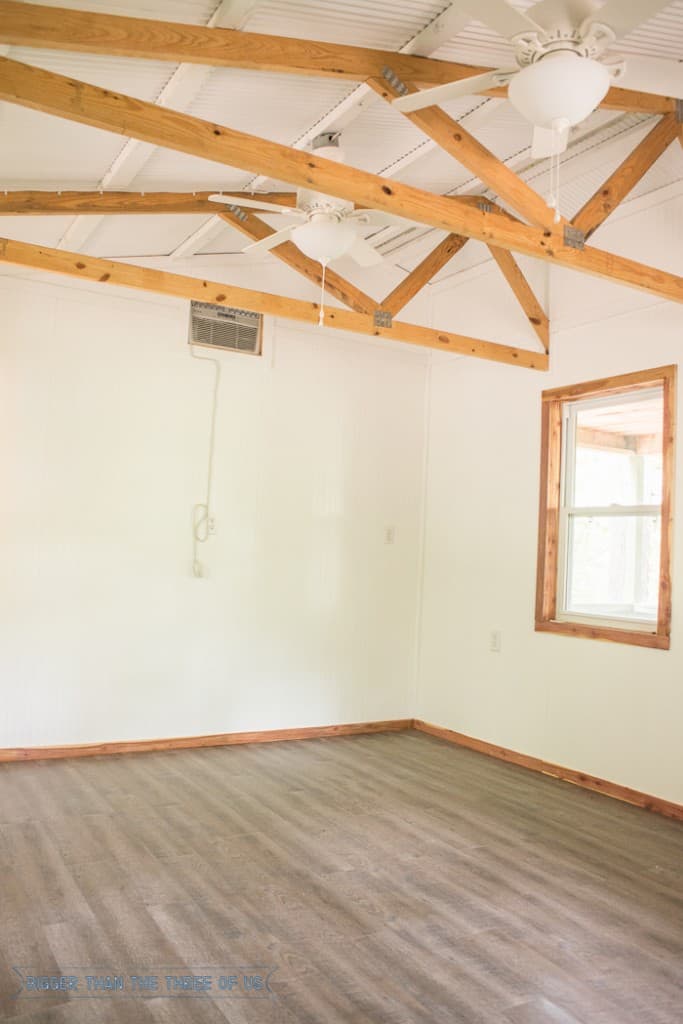 Overall, it was quite a process. But, it definitely finished off the space.

Can you believe this is the before? 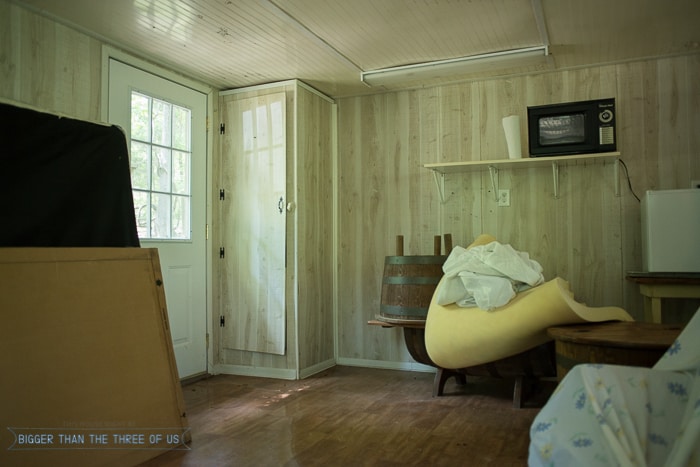 Make sure to catch the reveal next week!

If you need to… play catch up on all the other cabin posts!

Extending the Roof To Help With Water Control

How to Install Paneling without it looking like the 70s!