I missed posting on Wednesday. Sorry! School starts mid-week next week! Crazy, right?! We’ve been squeezing in pool time and playdates like crazy. Well, that and with the Olympics… I’m just so tired at the end of the night. I can’t motivate myself to write blog posts. It will probably be light posting next week as well, but then I’ll be back in the game by the end of August. =-) Today though, I just wanted to share a bit about water issues at the cabin and how we (my dad – I actually didn’t help with either of these issues) were able to combat them. Basically, the post is about extending the cabin roof to help with water control but also a bit about what the outside plans are going to be. 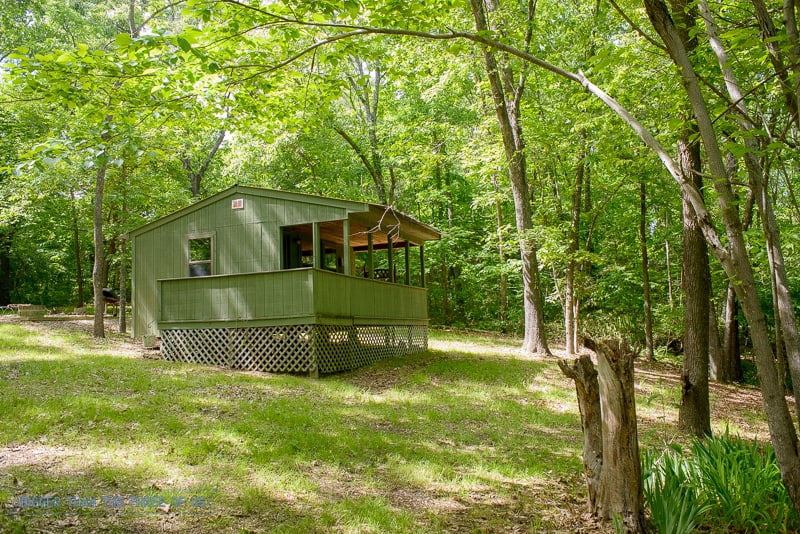 As you can see, the cabin didn’t have an overhang on the side. This, combined with the fact that it doesn’t have gutters, means water just pours down. 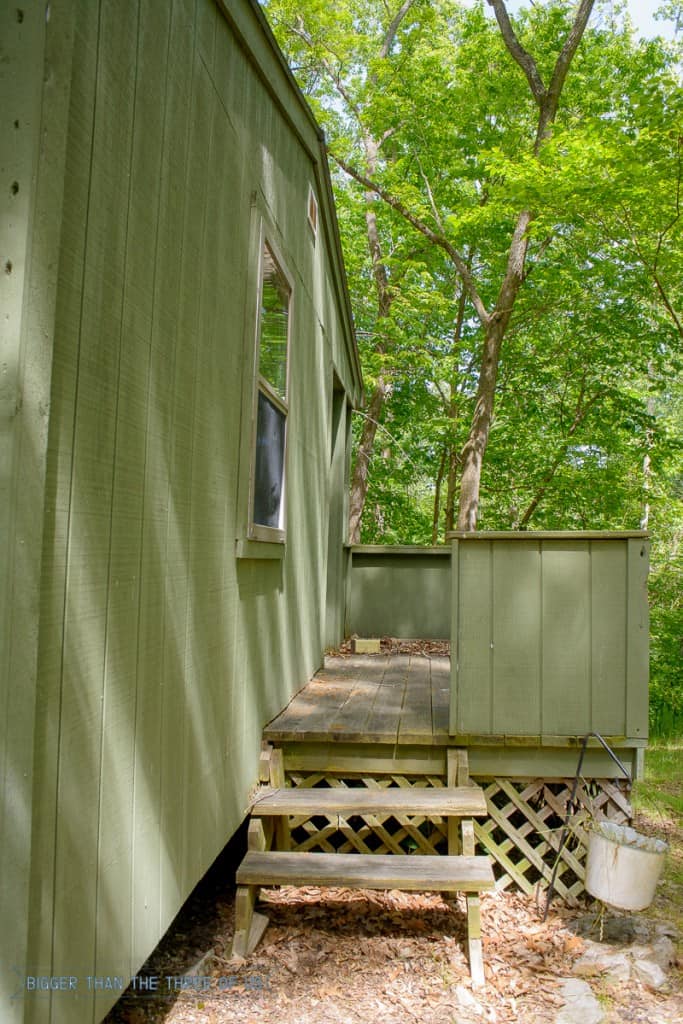 When you have water pouring down one side, it will naturally pool causing water damage. We knew that there was water damage on the back door (which I will talk about in a bit) but also knew that there might be, or would be later on, if the water wasn’t directed out.

Like I said earlier, I didn’t help out with this project so I am just giving an overview of why it got done and a bit of progress pictures throughout. 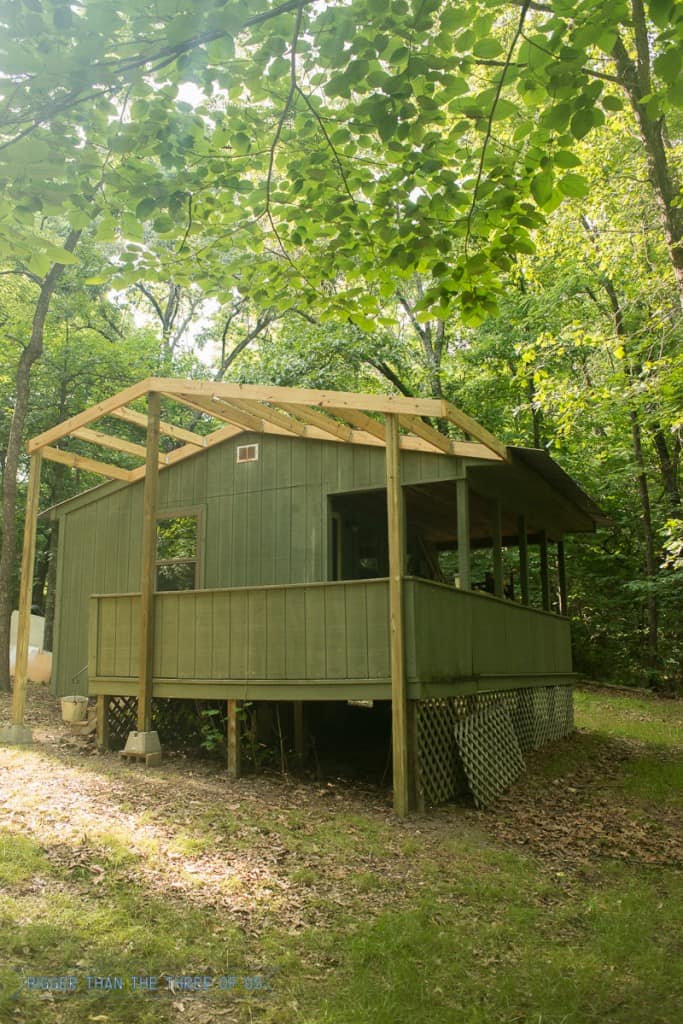 As you can see, my Dad thought it would be best to attach the roof frame to the cabin structure an then have the beams extend down the side of the porch. 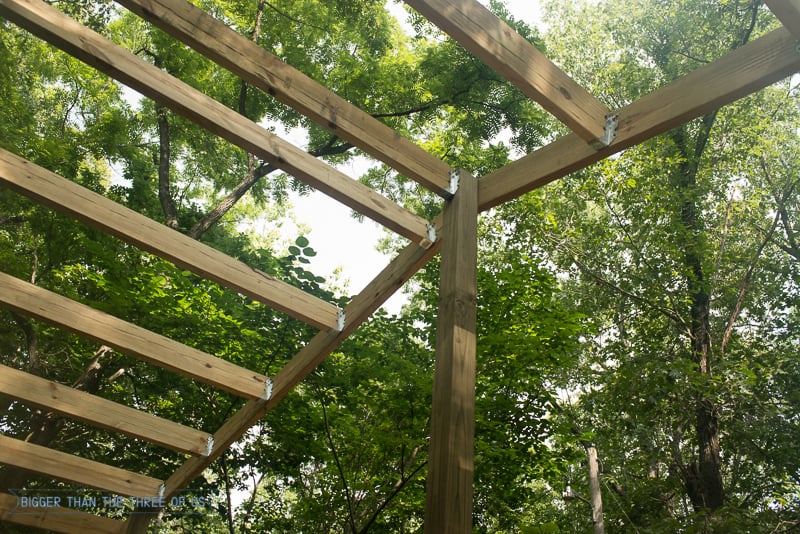 Braces were used at all cross points. 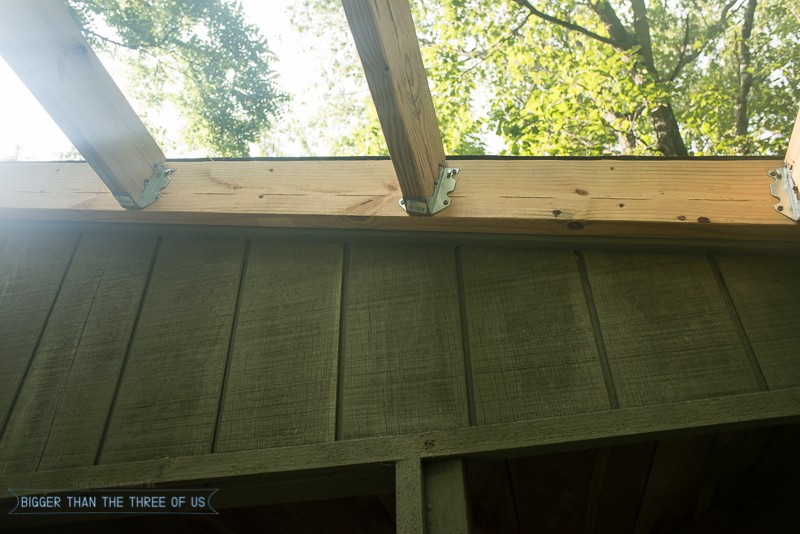 After the structure was put in, next came the metal roof. 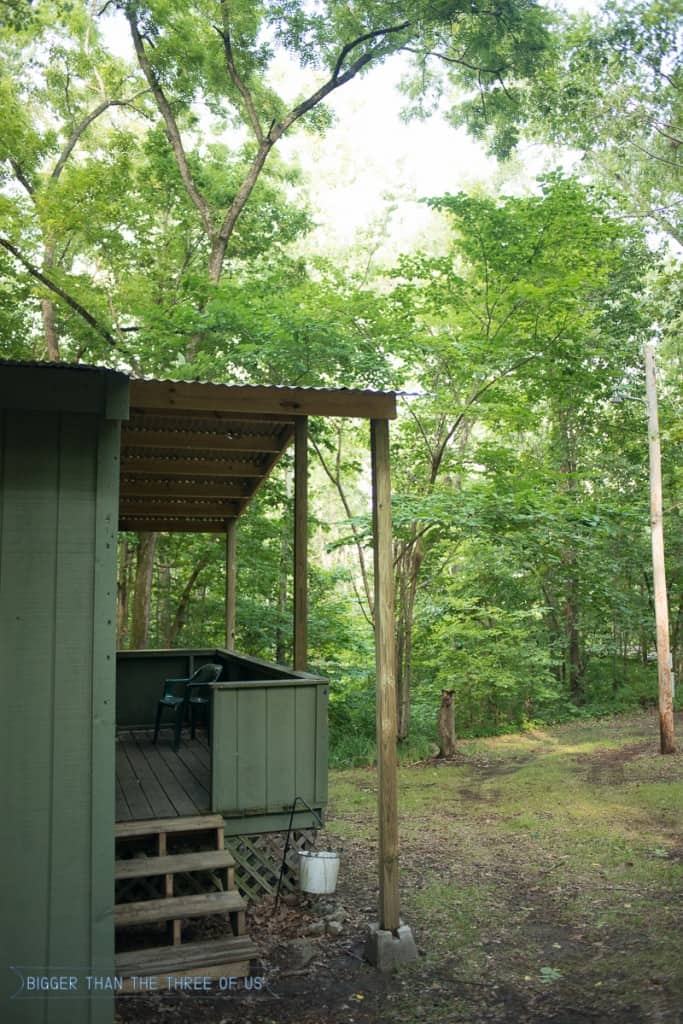 It was laid on top and drilled down in the cross beams. 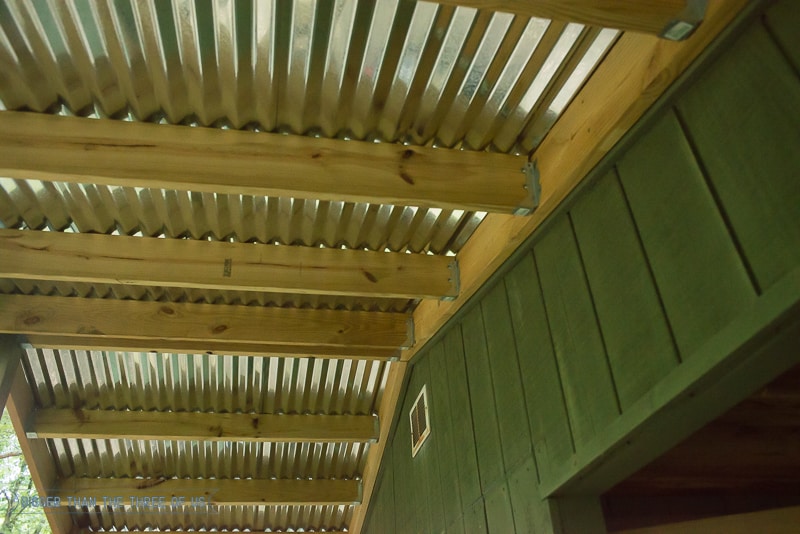 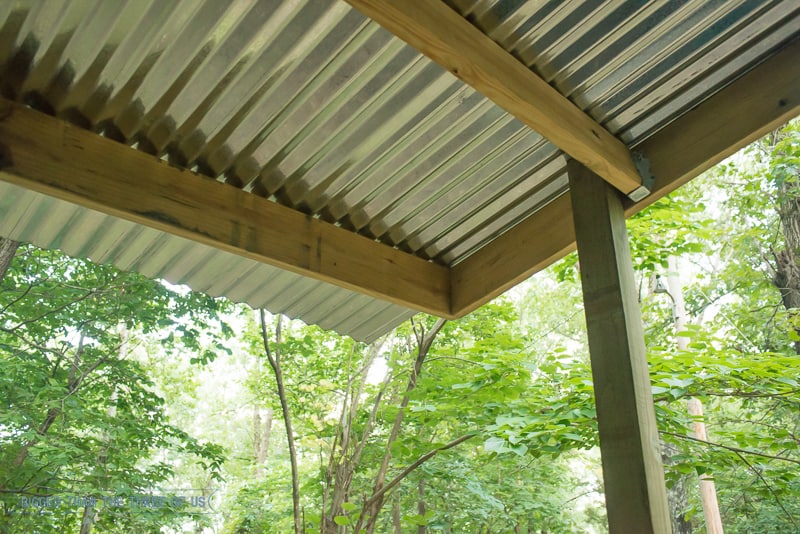 For the 4×4’s, wood was notched out of the porch so that it was a snug fit. 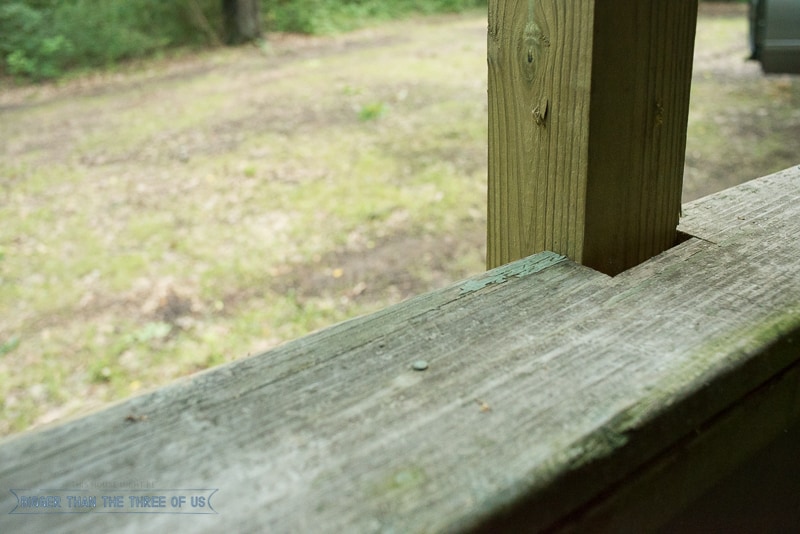 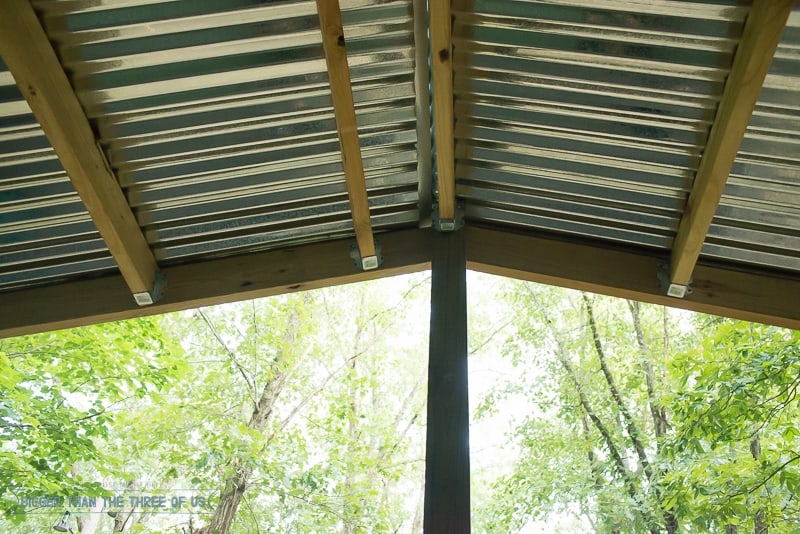 The same concept was carried out for the back porch area (after the water damage was fixed). 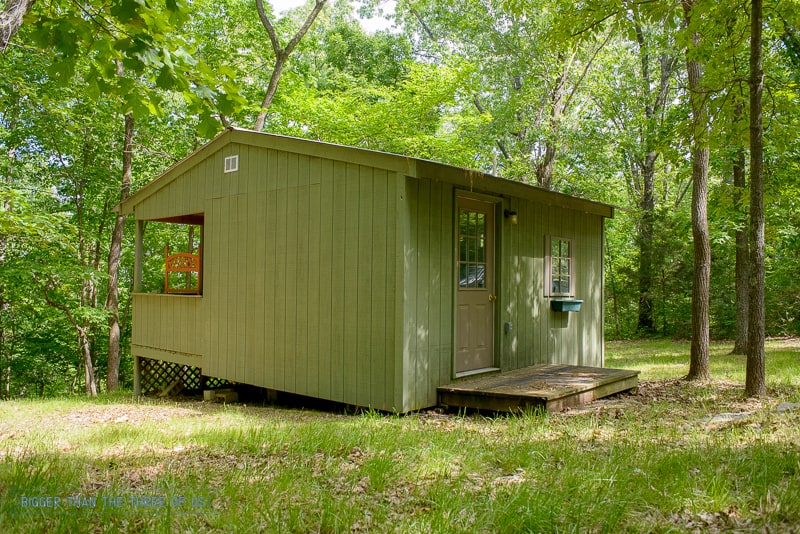 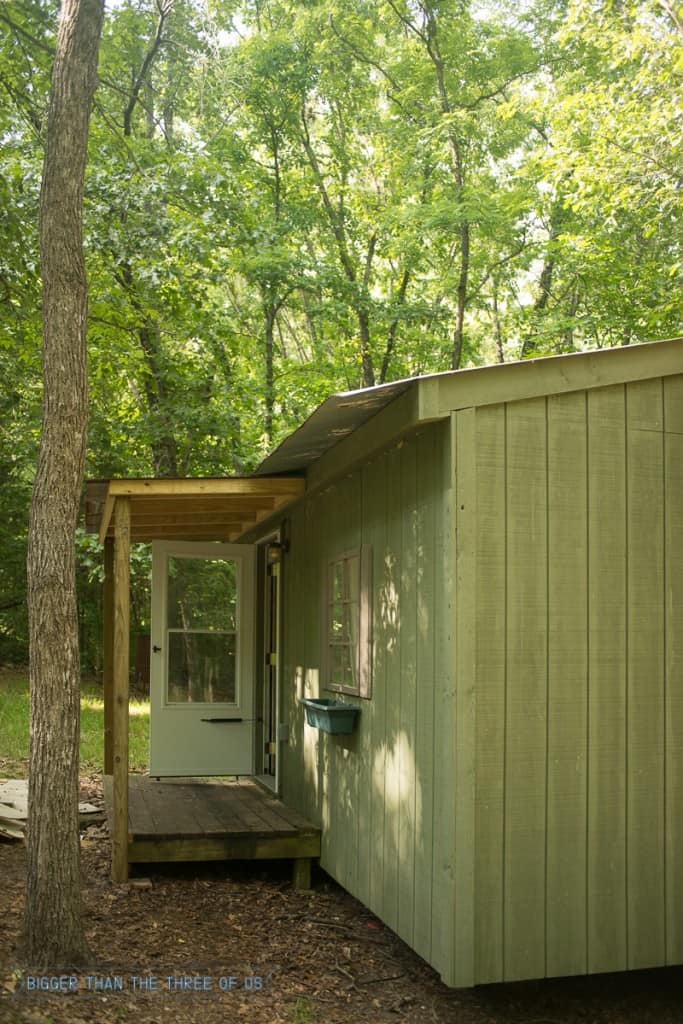 Not the prettiest update today, but definitely one that will be beneficial. So, what else is left on the outside? Well, we have steps to be rebuilt and we are going to overhaul the patio area. The rest of the outside will be a project later this year, but we did want to get the potential water damage areas taken care of.

Here’s the other cabin posts in case you missed one!